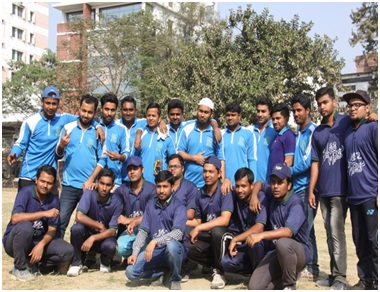 Like any other years, this year also the Intra-department Cricket Tournament was held in Banani Society Field from 23 Jan’17 to 29 Jan'17. The exciting tournament was being played among six teams composed of the students of different batches. The Champion Team was the ‘Not Out Boys’ and Runners’ Up Team was the ‘142 Demons’. The Opening ceremony was inaugurated by the Honorable Head of the department, Professor Dr. Abdul Ghani. The Championship trophy and Prizes were distributed among the players at the final day of the Tournament.